Some things, like ships and weapons, take 1-4 months to craft. My suggestion is to halve it to make it more accessible.

I doubt they will ever do it. It would just make it harder to milk the players’ credit cards like that, and money is everything to the devs nowadays…

However I’d be happy if they could remove or greatly increase the storage limits.
For example 1000 units of materials is too few.

well, except for aliens ships, you can find a lot of all stuff you need in open space, and if you have the Môle, it ll be even faster !

The problem of this game is, that it is balancing between a small barely sustained playerbase and collapse. They won’t take any steps in reducing the required time to get anything (be it materials or any other game-inclusive stuff required to advance a player’s progress), thus not risking to change anything. That’s called a “closed circuit” - you can’t do anything good, in this case quickening progress, because it shortens the time everyone spends on the game and they’ll get bored sooner and you can’t do anything bad, thus prolonging it, because people might be unsatisfied in the long run and leave anyway. Both cases, you lose players. And they won’t risk it because the cow has to be milked dry.

Edit:
Oh by the way, the thing SheenShade pointed in the previous answer is pretty much bullcrap - everything in open space was nerfed a long time ago, so it doesn’t provide endless resources, not even mentioning that it is tedious and boring af - like who would want to spend 3+ hours shooting at rocks in a dead zone 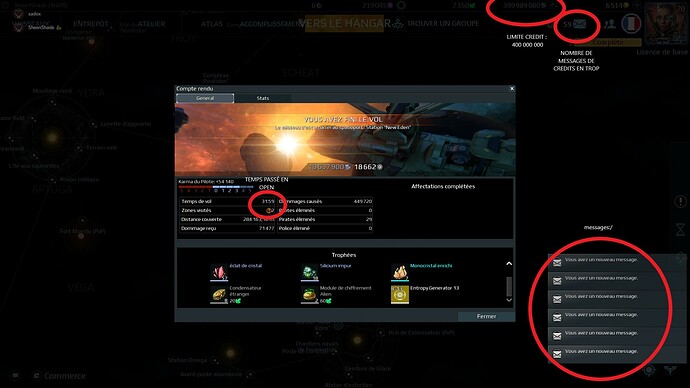 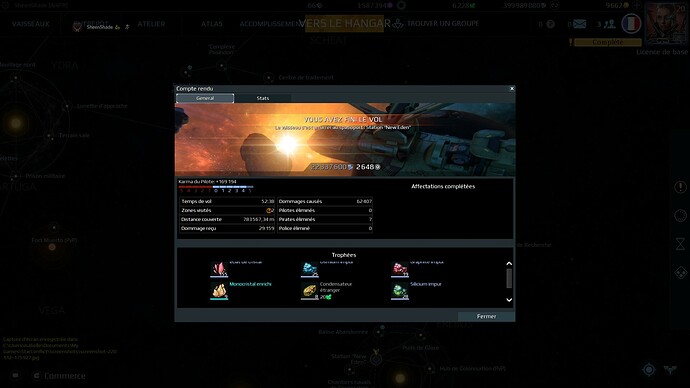 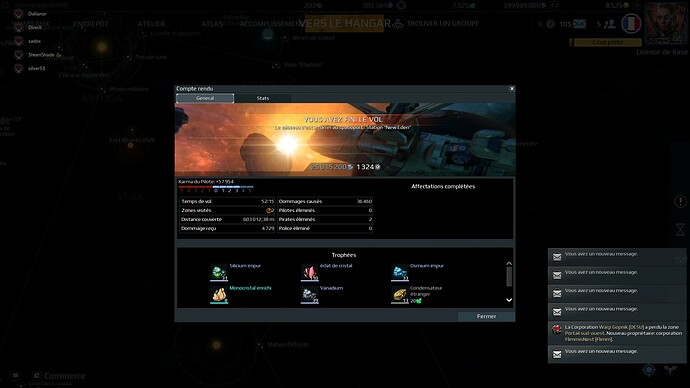 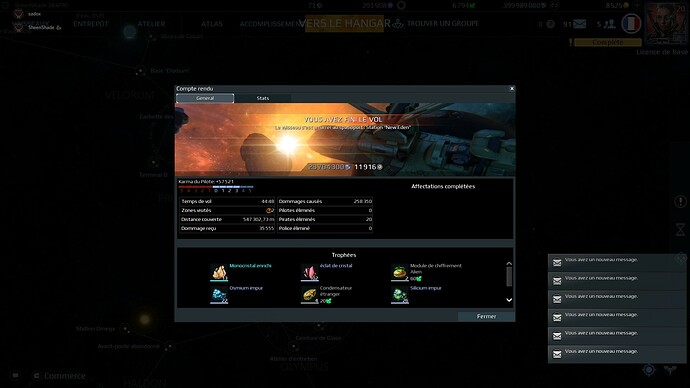 Isn’t it ? Oh yes, basic crafting materials in numbers of tens and several millions of credits per hour, while a single ze’ta (or any other alien ship really, deeper in T5 tree) upgrade past the last special node requires you to get hundreds of xeno/mono crystals (both being somewhat difficult to come by in OS, when you need such an otherwordly amount of them for everything) and hundreds of million of credits. And what about the special resources for other ships, like alien brains/spines ? You can get those in OS too, right…? Enlocked in “battle-passes” on a set time period, so you can’t advance it too fast (which would not be a problem if the progress was paced reasonably and not the way it has always been) or being incredibly expensive (and contraproductive actually) to craft. Another thing - every ship that gets released is either put under a 25€+ price tag, completelly unavailable to players unless bought, or, again, in a 2-part 90 day span battle pass in case of some of them. Like actually 3 freaking months. Your screens prove absolutelly F-ing nothing here, due to its irrelevancy to the actual player’s endgame progress, nobody wants to spent half a freaking day for a month just farming out rocks in OS to get a single ship (not accounting in OTHER requirements). Afterall, if I am the dummy here, why doesn’t this game have a much bigger playerbase? Why doesn’t it’s model appeal to a much wider audience then ? Do you think, that it’s all shiny and smooth and players are the ones at fault? First of all you should not even be arguing with them about this and trying to prove them wrong, but to convince them with actions. So yeah, IT IS QUITE A HUGE BULLCRAP.

stop crying, I said that this farm was not for alien ships

and if I got there without paying, the others can too. (I’m talking about alien ships!) This game is not for people in a hurry, unless they don’t mind paying. This is still not (not yet) a pay to win. change the game instead of cry:)

And this, dear Sheen, is why the game is dying - your response to that is to stop crying, not a solution, not an idea. Just about the same approach as the whole developer team, you dont give a sh*t, its just a “you” game. Good luck and have fun in your “not yet pay to win” game, with this attitude you’ll be happy enough.

in fact the only solution is to be patient, if not, if you want all easily, never play a game like SC, play tetris

Back in the days where you could one-shot asteroids, I had constant yields of over 1 million credits per minute and tons of monos and Iridium. I remember just needing about 10 minutes for getting the results you are posting after a 45 minute run… So yeah, very bullcrap results you are getting

Gosh, you are one hell of a dumbass Sheen

yes, yes, yes, I try to help and I end up with whiners who can’t stand farming anymore. so let them play tetris and stop blaming me for things that I’m not responsible for. that’s all:))

So SheenShade is actually right, we should go play Tetris

Anyway, I can’t wait for the drama on these forums when Gaijin decides to pull the plug. Recently Gaijin spams battle pass events and does nothing more, clearly they have zero clue what to do with SC. If battle pass sales also go low, it will be a goodbye for the game.

Actually some of us did uninstall it - and it is exactly the reason we keep trying to push through these points, to wake common sense in everyone, so the game either dies a money grabber or comes to its senses and actually tries to upkeep its playerbase. So yeah, we hate it in the form it is currently in and we try to make it better (by constructive criticism) - unlike your childish/idiotic commentary with zero value whatsoever.

I don’t hate it. Actually I love the flight model of Star Conflict, it’s extremely satisfying. The game is arcade but skilled. I have over 2k hours on it and I wish I could continue more. I was playing it casually, not competitive. SC has extremely good core.

However it’s clear that devs/publisher has no idea how to improve the game and all they do is to monetize the game as much as possible and create some content to keep vets/whales to play it. With their mindset like that there is no reason for me to play it more. There is zero initiative to make new players play the game. They are fodder in PvP, useless in PvE thanks to no matchmaking and may as well sit in spawn in vs AI. Chips and insignias ruined any fun or balance in all non-PvP gamemodes just to introduce more forms of grinding. Adding more ships is all what devs do and currently this is the last thing the game needs, but for devs it’s the easiest way to make a new ship, create an event with paid battlepass and see the money flow from whales. This is easier to do for them than actually think and try improving SC.

It’s a sad thing to see the game being turned into turd when there are few people defending every action of devs and telling everyone to play other games instead. It’s sad to see community wanting the game to stay bad just because they invested insane amount of time/money, got everything and they want to keep their e-peen high. Personally I have all white/premium/crafted/event ships(only except some DLC ships and two last battle pass events), maxed out Ze’Ta, almost entire item Atlas maxed out with the exception of unused Mk5 items, ~100 good chips, materials enough to craft any new ship when it is released. So what, should I also be childish and demand Gaijin to keep game being grindy so I can boast about how I am “better” than most SC players? Should I behave like someone superior to other people? Nope. I’m playing to have fun, not to “feel superior”. How much someone achieved in a video game is not in any way something making that person “superior” to others.

Currently the game is on its way to death. Anyone not seeing it is not very intelligent. Current goal of Gaijin is to milk whales as much as possible without improving anything. Basically free money. What’s more, Gaijin is able to make game worse only to give more reasons for whales to keep playing. In this pathological state the game will be online as long as whales keep playing and paying but once they stop playing, the game will die. I wonder how many active devs there are on SC. If this is all Gaijin want to do with the game, then I won’t be sad over the death of SC. However I still hope that something changes, maybe all management of SC is kicked out and replaced by someone with vision, anything, and the game could get better.

I have started this game when it already had seed-chips & insignias in it, So I can’t give my opinion about how it was before but sure there are frustrating situations such as:
-Player choosing level lower than 10 when you can easily solo the mission.
-The player with highest insignias-level choosing a mission level too high even for itself.
-Auto-Balance in Pve-skirmish which means sometimes it’s just impossible to win.

However for the grinding part of the game, every F2P are grindy, from warframe to PoE(which is obvious as it’s a hack’n slash, .)combat arms ETC Basically you can’t have an end in a f2p game as it means it would become literally pointless to play it if you have no more goals.