My Corp. recently started doing Sector Conquest and we’ve held the Control Post sector in Olympus for the last four nights now. The reward for holding said sector is 50 million credits which, to my knowledge, every pilot in the Corp. that took part in the Sector Conquest battle gets half of, which would be 25 million credits. The problem is everyone has only been 2.5 million instead of the promised 25 million. I’m wondering if some algorithm misplaced a zero when dealing out the rewards or if the rewards for said system are actually 5 million and someone on the dev team misplaced a zero in the game’s UI. 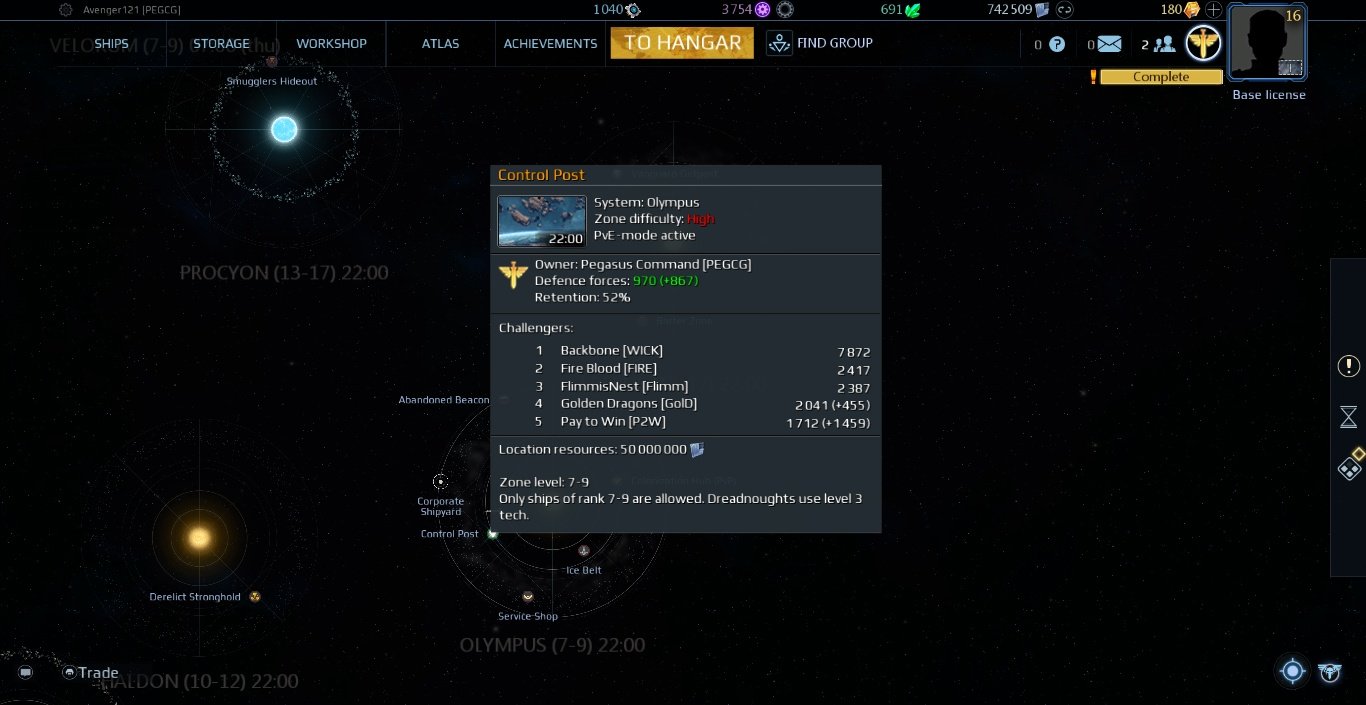 nope. just 4 to 6 of us. the way that Conquest battle rules are explained (in badly mangled english in-game) is that each pilot that takes part in the Conquest battles gets 1/2 of the sector’s resource for holding the sector. if that’s not the case, then i would like to hear it from the devs. or, as explained above, did someone misplace a zero while they were coding?

The Per Player reward is capped, so if you Corp is not big enough some reward will be dropped.

The Per Player reward is capped, so if you Corp is not big enough some reward will be dropped.

please elaborate, because the game does not explain this. although it seems like something important that should be explained