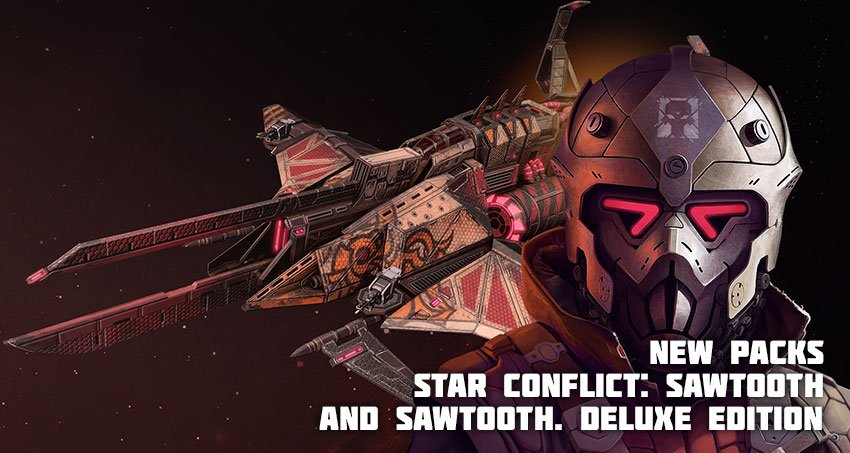 The first ships of the “Sawtooth” type were spotted in 4614 on the outskirts of the Empire and Jericho. Large groups of ships attacked cargo convoys using highly advanced cloaking systems. Their affiliation to any pirate group has never been confirmed. Jericho forces soon attempted to capture several fighters for research. As a result of the special operation, many ships were captured undamaged.

An unusual cooling system was discovered while examining Sawtooth, that significantly increases the efficiency of the ship’s systems. The artisanal engines installed on the fighters were slightly different from each other, but a general tendency of increasing the fighter’s speed by consuming more fuel was apparent. It was impossible to recognize the original model of the ship.

After studying all the features of Sawtooth, the Techs were able to create refined blueprints of the fighter. It was decided to hand over the blueprints to the UMC so that the mercenaries could test the tackler. The engineers considered the impressive exterior and huge bow ram to be too important attributes to be changed, so they reproduced this model with the utmost precision. However, this level of precision requires a significant money investment.