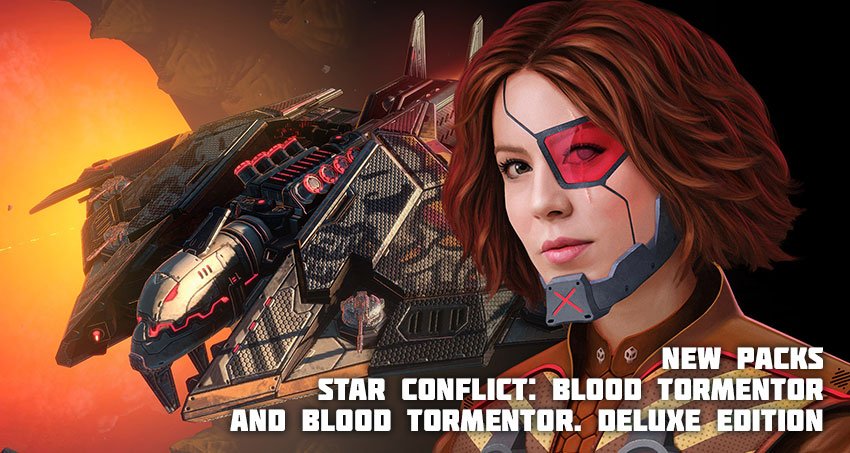 The only obvious conclusion that can be drawn about this ship is that it is a modification of “Tormentor”. Frigates of this modification were first seen in the service of Cybers in 4610 and were later captured by pirates. For a long time, ships of the “Blood Tormentor” type were involved in attacks on convoys, until the Raid destroyed a group of marauders using this guard frigate. That’s when the Techcs received its first samples for examination.

A detailed study revealed the use of non-standard energy sources and a turbo-cooling system. The shield generator has also received a number of artisanal modifications. The blueprints based on the examined frigates were handed over to the UMC, but during the transport of the documentation, a number of data blocks were captured by the Enclave. The Mercenary Center engineers managed to establish a single-unit production of the ships for an additional fee, and the Enclave launched a streaming production of “Blood Tormentor” for their army.

In 4622, the UMC decided to modify “Blood Tormentor” due to the appearance of numerous new strike ships and destroyers. The onboard electronic equipment has been completely replaced. The frigate’s shields have received major improvements, and its important components have been reinforced with composite armor.

The mercenary ships are currently undergoing a planned cost-free modernization and the shipyards are preparing for the release of the renewed project. Because of the numerous improvements, it was decided to increase the ship’s technical rank.