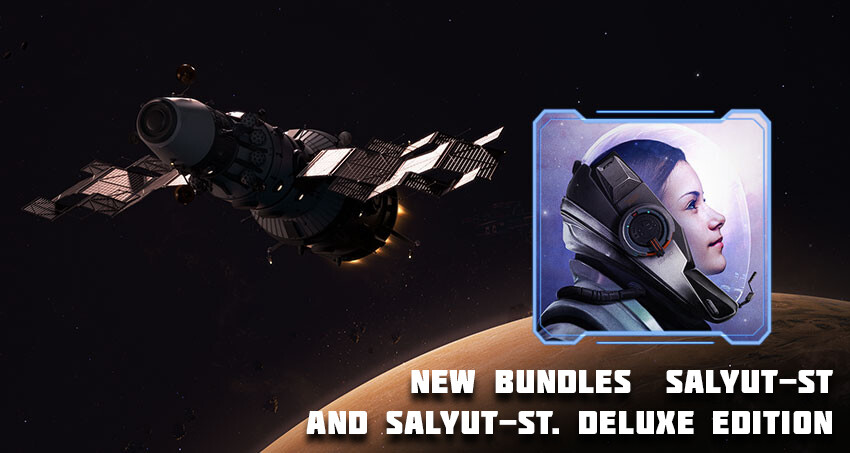 Pilots! The “Star Conflict: Salyut-ST. Deluxe edition” and “Star Conflict : Salyut-ST” packs are now available in the in-game store. The bundles will be available for purchase until May 11. There are no restrictions on using the “Salyut-ST” ship in the game.

Salyut-ST is another development from the Directorium times, which received a second life during the second Invasion. In conditions of war and limited resources, it was necessary to adopt a fleet capable of fighting and disorienting the enemy without drawing attention. Salyut-ST executed this task perfectly. Despite the external similarities with objects of the first space conquest, the inner shell of the ship was equipped with the most modern equipment of the Imperial ECM ships, the armouring system was redesigned, and the engines were completely changed.

At the end of the Invasion, the blueprints of this model were kept secret for a long time. Now the ECM has decided to start an open development, and the collectors have already offered a handsome price for this ship.