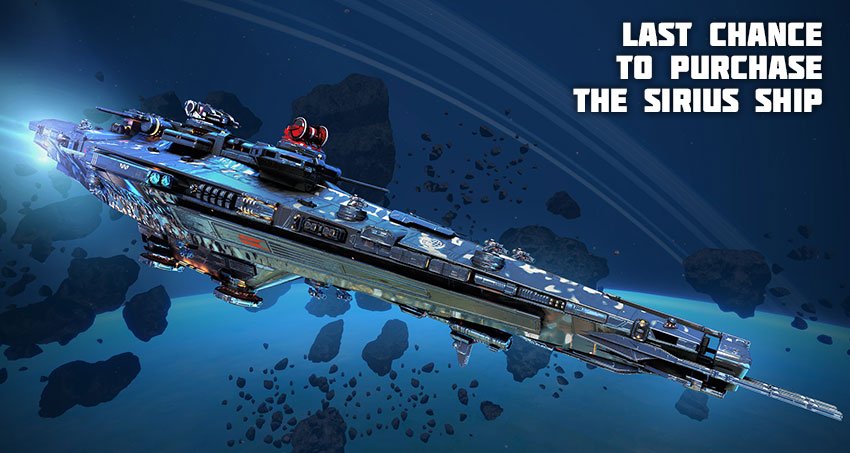 Pilots! Sirius Ship will become unavailable for purchase as part of the bundles from March 17 - make sure to purchase the bundles with them with a 60% discount! The ship themselves will still be available in the game.

The first “people’s destroyer” Sirius was developed and created during the mega-popular show “The Shipyard”, whose rating broke all records. For half a year, thirty engineers fought for the right to be called the “King of the Shipyard”, and the outcome of their battle was decided by the audience vote.

The army leadership did not initially believe in the success of the project, but gave permission to use one of its shipyards when the producers collected the required amount on the crowdfunding platform. To everyone’s surprise, Sirius turned out to be not only a high-quality, powerful and reliable machine, but at the same time — relatively inexpensive to manufacture. After the end of the show, Sirius was put into service, and its blueprints were transferred to the UMC.