Discount of the day! 30% on parts for the “Boremys” ship 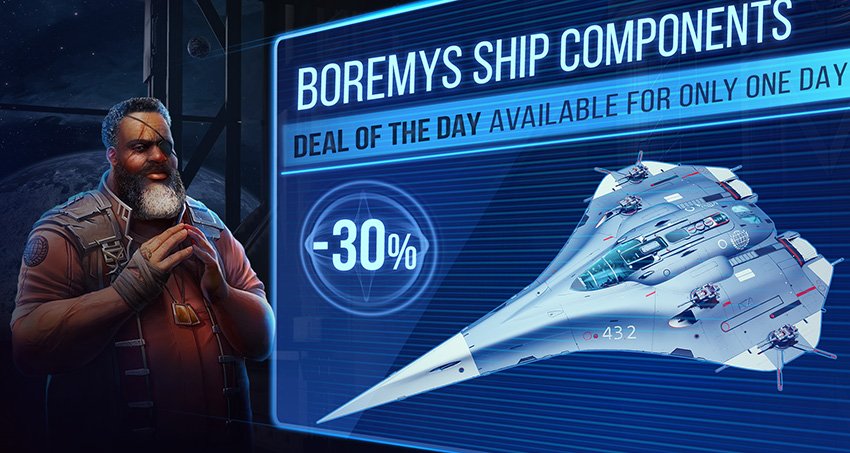 Pilots! Time to enhance the strength of your fleet! A spokesman for the Empire at UMC reported that a new transport convoy from the hub sectors arrived at the fringe sectors.

Only today, on April 20, UMC offers a 30% discount on parts for the “Boremys” ship! The parts can be purchased directly from the ship tree.

The war with the Aliens ruined many companies of the former Federation, brought death and destruction to the fringe systems. But those who managed to stay afloat got their hands on the development of ruined competitors for next to nothing. For Sci-Tech Universal, a corporation that rose from the ashes of war, one of these acquisitions was the Boremys project, an improved version of the “Archelon” cover frigate.

The special offer is valid for a limited time and will end on April 21!