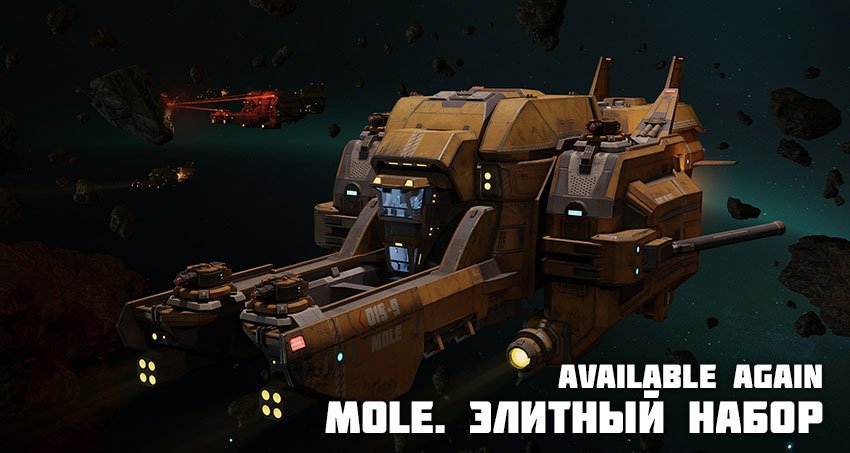 Pilots! The “Star Conflict: Mole. Deluxe edition” pack are now available in the official project store. The deluxe edition pack will be available for purchase until May 20. There are no restrictions on using the “Mole” ship in the game.

With the beginning of the Second Invasion, the UMC leadership decided to create a miner ship so that they would not have problems with resources in the future. A contract for the development was signed with Scott en Cott corporation. It was the Federation scientists who had to create a frigate.

At one stage of development, the CMS joined the project. After providing some equipment for Mole, the corporation ordered a large batch of ships, and then acquired a limited production license.

Upon completion of all works, the first batches of ships were immediately handed over to the UMC. Currently, mercenaries can buy Mole directly from Scott en Cott corporation or through intermediaries at the Center. The corporation’s shipyards have already received large orders from various organizations and it is safe to say that Mole is one of Scott en Cott’s best projects, allowing for unprecedented profits.